India’s Independence Day is on the 15th of August and not the 14th of August! 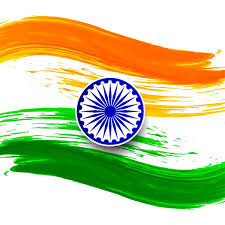 India’s Independence Day is on the 15th of August and not the 14th of August!

We teach children about our independence history, (I hope all schools still teach this!) we teach them about the sacrifices made by Indians to help us achieve the freedom that we now enjoy, and to show our solidarity to each other as citizens of this country. I am sure we teach children about our Independence  so that they grow up valuing their past, savour and enjoy their present, and can make the right decisions about their future.

This time Independence Day and Rakshabandhan fall on the same day. Rakshabandhan is the celebration of the bond between a brother and sister; blessings and promises are exchanged on that day between a brother and sister. Many schools are forgoing Independence Day celebrations this year so that they and their staff can celebrate Rakshabandhan. Why should it be an ‘or’, why can’t we celebrate both? It takes 10 minutes to hoist the flag, sing the national anthem and pay your tribute to country. Come on, educators, if education is why you have set up your school or are a teacher, then Independence Day and Republic day are your teaching moments. To teach children that we have a duty towards our nation, to teach children that if we want to enjoy the freedom that we have then it is our responsibility to acknowledge the country that has given us that freedom. Bond with your country and then every personal bond will be cherished.

There are thousands of soldiers at our borders who don’t get to celebrate Rakshabandhan or other festivals with their family. They forgo all that to keep us safe while we get the freedom to cherish and relish our relationships and celebrations. What if all our soldiers saw their convenience?

As a proud Indian citizen and an educator I appeal to all of you, stand up for your country proudly every Independence day…15th of August…and look with pride at the tricolour and sing the national anthem with gusto. Then go home and tie a Rakhi or get a Rakhi tied! In years to come maybe Eid or Ganapati or Onam or Pateti etc. will be on the 15th of August, don’t choose, celebrate both…the sense of pride and freedom of your country and your personal, religious celebration. Jai Hind. 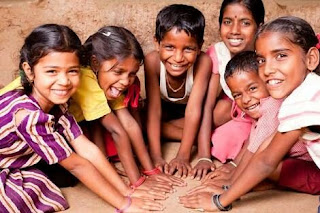 Sab Bachho ka bhala…desh  ka vikas!
It takes a village to raise a child is a well known quote but I feel in India it should be- The village should raise every child! Because in India our private preschools cater to and do a fairly good job for the children enrolled , but that is just 20% of our child population. The other 80% do not have access to any early childhood education program or have access to but is not of the quality that it should be. Our country proudly runs the largest Integrated Child Development Services (ICDS) or called Anganwadis. But these were established and remain primarily health and  nutrition centers.

What ails our ICDS program?

•       Run presently as a health and welfare unit- education is missing.
•       Anganwadi sevikas are not qualified in ECE but given training as and when.
•       Too many other duties given to the sevikas and ECD  and ECE take a back seat.
•       Inspite of a curriculum draft, our ICDS are ill-equipped to follow it due to lack of resources and training

Every year the ASAR reports laments the fact that our fifth or eight standard children cannot even read a second standard reading activity etc. This will continue to happen unless we focus on early years education because attendance at a quality preschool from age three predicted better outcomes in English, science, and math when compared with children that had not attended preschool.  Analysis of the Programme for International Student Assessment (PISA) also shows that in most countries, students who had attended at least one year of early learning perform better than those who had not, accounting for students’ socioeconomic background (OECD, 2015, p. 326).

What is the importance and impact of early years education?

It helps children develop the Potential to think rationally, Persist with challenge , Use language, Suppress impulse, Regulate emotion , Respond  to others’ distress, Cooperate with peers, develop Cognitive and  social skills , develop Healthy habits. And hence, the vast differences in the early experiences of a child in the ICDS program and a private program make it unlikely that the two children will ever perform equivalently in school and later employment arena. Its time to invest in early childhood education, especially in our ICDS program to ensure that we take care of the other brain drain!

An oft asked question- is there any research to prove that investing in quality early childhood education programs help a country? The answer is, yes, read the Heckman report.

James J. Heckman is the Henry Schultz Distinguished Service Professor of Economics at the University of Chicago, a Nobel laureate in economics and an expert in the economics of human development. He uncovered a new way of looking at the full picture of the development of human potential. According to him there is too much focus on the development of cognitive skills where knowledge can be tested, rather than on the development of social skills—such as attentiveness, persistence and working with others. When social skills are combined at an early age with cognitive skills, they help create more capable and productive citizens.
Every child needs effective early childhood development to be successful, but disadvantaged children are least likely to get it. Professor Heckman has proven that investing in the early childhood development of disadvantaged children will produce great returns to individuals and society in better education, health, economic and social outcomes—not only saving taxpayers money but increasing our nation’s economic productivity. Everyone gains when we invest, develop and sustain the early development of America’s greatest natural resource—its people.

He highlighted the following benefits of ECE

•       Reduced costs in remedial education, healthcare, and criminal justice participation down the line.
•   Preschool helps develop the early building blocks of educational success – learning colours and numbers, understanding patterns, realizing that printed words hold meaning.
•       It socializes children.
•       Any language, hearing or developmental problems a child may have are picked up early.

America tried it and here is the proof- The Hechinger Report-

The Hechinger Report provided an update about data collected from the Perry Preschool Project, explaining first the history of the project: “Nearly 60 years ago, a handful of 3-and-4-year-old black children living in a small city outside of Detroit attended a preschool program known as the Perry Preschool Project. The children were part of an experiment to see if a high-quality educational experience in a child’s early years could raise IQ scores.”

“Led for the last decade by Nobel Laureate James Heckman, an economist at the University of Chicago, the Perry researchers have also looked at school success in terms of persistence to graduation, work success in terms of job retention and life success in terms of physical health and healthy relationships. Perry Preschool children did better on all of these measures than a randomly selected group of their peers who did not attend the preschool.”

Other countries have also starting investing in early years education-

Countries like USA, UK, Australia, and many others have universalized Early Childhood Education. Most of these countries have made it free at least for 15 hours a week or at least one year of ECE Programs. They did this, as they wanted every child to benefit from early childhood care and education so that ‘where you are born’ does not decide ‘where you start from’. It means equal opportunities to every child.

Gaps in knowledge and ability between disadvantaged children and their more advantaged peers open up long before kindergarten, tend to persist throughout life, and are difficult and costly to close. Taking a proactive approach to cognitive and social skill development through investments in quality early childhood programs is more effective and economically efficient than trying to close the gap later on.

The rate of return for investments in quality early childhood development for disadvantaged children is 7-10% per annum through better outcomes in education, health, sociability, economic productivity and reduced crime. There’s a growing recognition of the value of investing in quality early childhood programs. It’s time to act on the evidence. The sooner we do, the more likely we will be to put our country on the road to greater prosperity that is shared by all.

If for every rupee invested we get back 7 rupees then how is it not economically viable? The problem is, in India, Childcare and Early Childhood Education (ECE) is traditionally viewed from welfare or education perspective, its time we viewed it from an economic perspective. A perspective that countries like USA, UK, Australia and many others have benefited from.

•       Teacher training in ICDS and Balwadis, is completely ignored right now, needs to be outsourced.

•       Curriculum management to be given to a private partner.

•    Give some incentives in tax and rent to private partners who then ensure the smooth running of a number of centers regulated by a private body like ECA.

•       Common curriculum model and teacher training instead of the present fragmented level of operations.

The world is taking ECE seriously, its time India invested in its youngest citizens, who are not the vote bank but are definitely future nation builders. Let us invest in our children…all our children because how each one of them is brought up will impact all of them and us!

“I believe that each of us must come to care about everyone else’s children. We must come to see that the well being of our own individual children is intimately linked to the well being of all other people’s children. After all when one of our children needs life saving surgery, someone else’s child will perform it, when one of our children is threatened or harmed by violence in the streets, someone else’s child will inflict it. The good life for our own children can be secured if it is also secured for all other people’s children”
- Lillian Katz

I sign off by saying, to our dearest Prime Minister Shri Narendra Modiji that its time to adopt the slogan Sab Bachho ka bhala…desh  ka vikas!